This is the story of a young and small firm in Piedmont. Cascina Roera was born in 2002 thanks to two young entrepreneurs: Claudio ROSSO and Piero NEBIOLO (such predestined names!) They were both already producers of quality wine, but they decided to start together something important, to improve the quality of products. Claudio started to get involved in 1985 already with his family firm but only in 2000 he became a full time wine grower. His father was one of the pioneer in bottling his wines back in the sixties, when most of the producers of the area where selling their wines in bulks. Piero also was born in a wine grower family and, decided to focus on quality, he started to bring together around 5 hectares among the most suitable in the area. He replanted partly to Barbera and added other varieties such as Nebbiolo and Chardonnay.

Today, it extends on about 7.5 ha, all located on the area of Costigliole d’Asti the core of “BARBERA D’ASTI” appellation. In addition to Barbera there is a good amount of Nebbiolo and to a lesser extent Freisa, Chardonnay, Arneis and Cortese.
The potential production is between 25.000 and 30.000 bottles per year. The vineyards present different exposures and soils: this allows us to increase the complexity of our wines (the Cardin is a perfect example).

We feel like artisans of wine and we have decided to produce quality wine with respect for the environment and for the consumers. Quality wine production includes the primary selection of varieties suitable for the area and the only use of soil with the right characteristics; after that it is essential to have a correct management of the vines and the soil and we reduce as much as possible mechanic intervention. Our vineyards are fully inherbited to guaranty the best balance between soil and plant in relation with climatic changes.
The cellar work follows the same philosophy with strictly necessary interventions to preserve the whole work done in vineyards: few decanting, no clarification and filtration or addition of additives. Sulfur dioxide is used at low dosages and essentially at the time of bottling great advantage for consumer health (see wine technical data sheets). In recent years some wines are produced without any addition of sulfur dioxide. Since 2008 we are members of the VinNatur association (see production specification).
We would like to take the opportunity to thank Dr. Lorenzo Corino for his teaching and his examples given to this firm. 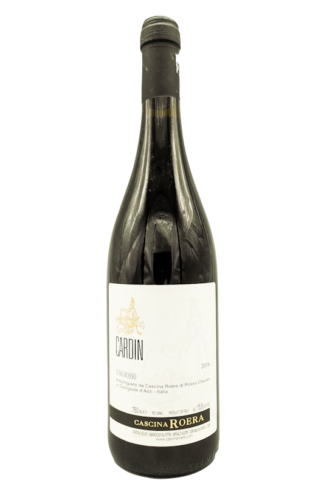