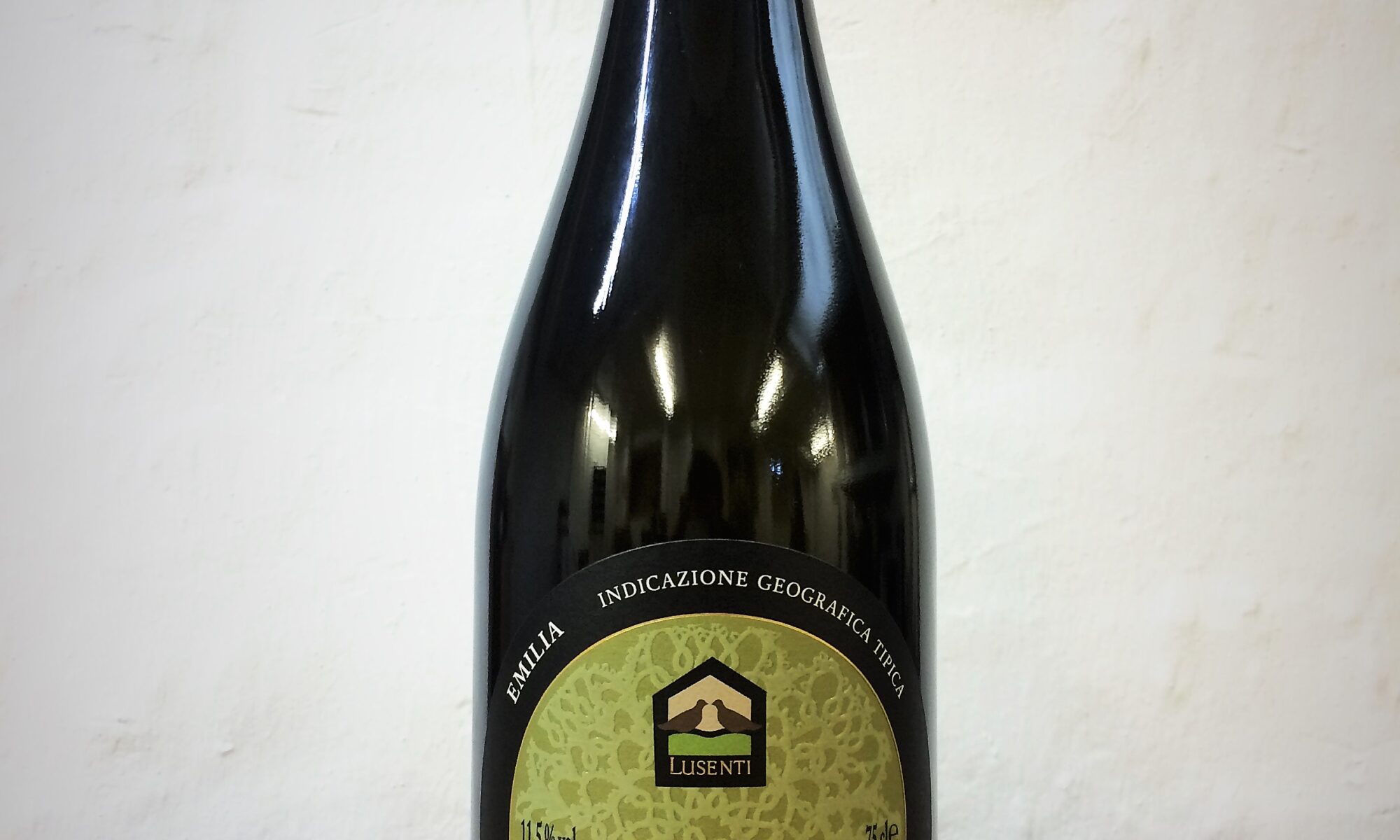 Crisp and refreshing. Offers the best when gently shaked before opening the bottle, thus showing the cloudiness.

The Lusenti winery is a small and dynamic company founded in the early 1960s on the Colli Piacentini, where the hills planted with vineyards are an integral part of the entire landscape. Thanks to Lodovica Lusenti’s obstinate will, from 2014 the company is completely converted to the system of organic cultivation, does not use synthetic fertilizers and chemical pesticides, simply manages the land only with green manure and uses exclusively, and in an increasingly less invasive way, sulfur and copper for the control of pests. The vineyard covers a hilly area of 22 hectares with an average age of the vines ranging from 12 to 80 years (the grapes of the oldest vineyards are pressed to produce still wines).

The territory where we are located, the Val Tidone area, which occupies the western part of the hills of Piacenza, has always been dedicated to the production of sparkling wines. Lodovica Lusenti’s stylistic and distinctive choice begins with the maniacal care taken over the raw material grapes, with the aim of bottling only long-lived sparkling wines with distinguished character.

For this specific reason, the traditional methods of cultivation have been combined with modern winemaking technologies, at the same time choosing to resume the production of wines with natural refermentation in the bottle, which can be released after a variable period of maturation on the yeasts (from a minimum of 24 to even 50 months and more), but which are also proposed in the unfiltered version “sur lie” to please the lovers of the so-called ancestral wines (eg. Malvasia Emiliana).

Lodovica’s continuous exchanges with her many wine-growing friends, from her own land, from her own country and from wine-growing areas all over the world, have made her understand that only through the protection of the environment is it possible to preserve our heritage of values, of unique and unrepeatable products. Only by working with this in mind Lodovica and her staff can look to the future with confidence, even though they all know the costs of commitment and effort related to their uncompromising view.

Today Lusenti does not chase either the excellent or the fashions, meaning those wines that respond to pre-packaged and not durable models. It would mean taking something away from the aromas and flavors of our land. On the contrary, Lusenti processes the grapes respecting them, combining ancient flavors with new knowledge and skills. As a result, the wines that come out of Lusenti’s cellar keep trace of the soul that created them and authentically reflect the traditions of the land where they originated.