“Clementino it’s a dry white vermouth, which is made out of Grechetto Gentile grapes, a local variety. Wine is the base ingredient which combines with essential oils and spices like absinthe and myrrh, citrus fruits like orange and tangerine peels; to create a very aromatic and citrusy sensory profile. Drink it with lots of ice.”

Tenuta Saiano is the agricultural project of the Maggioli family. The company was founded in 2003 in an area of about 100 hectares in the shadow of the Montebello fortress, in Poggio Torriana (Rimini). From the beginning, the farm has adopted as the only agronomic method a management based on respect for biodiversity and the preservation of the regenerative balance of Nature. Tenuta Saiano is a complex and polyvalent organism. We grow vines and olive trees, seasonal gardens, aromatic herbs and ancient fruit trees in a natural way, without the use of synthetic chemistry. In autumn we sow the green manure in alternate rows, which in spring will be cut and buried for fertilization. In addition to green manure, the only ingredients are copper, sulfur and the manure of our animals. The characteristics of the soil allow us not to irrigate even in the hottest season. An interdependent and rich system, in which cultivation shares breaths and spaces with the semi-wild breeding of animals and the protective presence of the uncultivated forest. The vineyard is rooted at almost 400 meters above sea level in austere soils, characterized by a complex of clays, sandstone cliffs and outcrops of salenitic chalk. The mostly spurred cordon-trained vines are carefully managed from pruning to harvesting, with only manual operations. We grow native varieties such as Sangiovese, Grechetto Gentile and small plots of Trebbiano di Romagna and Pagadebit (Bombino Bianco) because here, in Valmarecchia, they grow healthy and they feel better. The wines express the territory, which is limbo between the Apennines and the Adriatic, and the business complexity, which is not limited to agronomic or oenological techniques but is the result of a fluid and inevitably interconnected system. These poor soils in which the presence of gypsum reigns, translate into wines that are never explicitly powerful, instead material, vertical and with deep minerality. In the cellar, the hand-selected grapes ferment spontaneously without the use of selected yeasts. Our task is to accompany them to the bottle, without the use of additives or invasive techniques, without any kind of clarification, filtration or stabilization. We process the wine with clean decanting and the addition of minimal amounts of sulfur in the pressing and bottling phases. 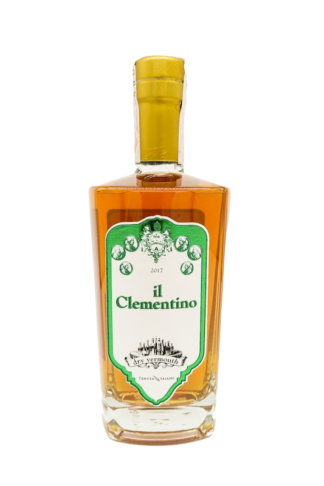